I am so happy to be participating in the blog tour for The Clarity by Keith Thomas. This is his debut novel and is getting rave reviews! Do you like your thrillers with a dash of paranormal? If so, then The Clarity is the book for you. I’ve included some info about the book below. I hope you’ll grab a copy for yourself! 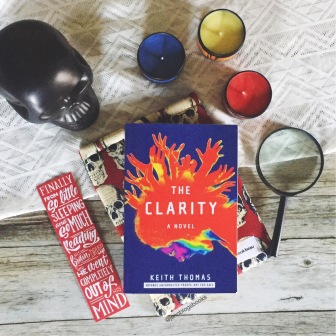 Dr. Matilda Deacon is a psychologist researching how memories are made and stored when she meets a strange eleven-year-old girl named Ashanique. Ashanique claims to harbor the memories of the last soldier killed in World War I and Matilda is at first very interested but skeptical. However, when Ashanique starts talking about being chased by the Night Doctors—a term also used by an unstable patient who was later found dead—Matilda can’t deny that the girl might be telling the truth.

Matilda learns that Ashanique and her mother have been on the run their whole lives from a monstrous assassin named Rade. Rade is after a secret contained solely in memories and has left a bloody trail throughout the world in search of it. Matilda soon realizes Ashanique is in unimaginable danger and that her unique ability comes with a deadly price. 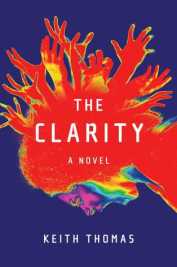 “Keith Thomas’s debut, The Clarity, is a taut, riveting thriller, a perfect balance of scientific speculation and storytelling, all centered on a young girl of amazing talent and heart. I read it one sitting…and wanted to read it all over again once I turned the last page. An impressive debut that can only herald great things to come by this author.” – James Rollins, New York Times bestselling author of The Seventh Plague

Book Riot:
“you’ll love this chilling speculative thriller. Tautly plotted and well researched, this book is a riveting take on the possibility of afterlife and reincarnation.”

Find more about the author below: